The Bowman Battue trap is a versatile machine. Modelled on the specification of the Supermatch Six it has all the features of the original, including robust aluminium casting, full elevation from flat to springing teal (75°) and 40° tilt left and right without the need for spanners.

The Main plate of the Battue has a precisely milled groove, which allows the Battue clay to be placed in the carousel both dome facing up or dome facing down. The benefit of this being that the knife separators can be fixed at one height and accept the clay from both ways without the need for adjustment.

Battue clays give a completely different flight path depending on which way they are fired from the trap, both of which are exciting and challenging for the shooters. Dome down the clays come out of the trap flat and then turn in the air as they sharply descend to the ground. Dome up they fly out of the trap flat and travel a truer and straighter path. The battue is known to test even the most seasoned shooter being notoriously difficult to shoot as it is very thin compared to a standard clay.

To add further versatility, the Bowman Battue comes fitted with a special set of 2 rubber and rails which allows you to raise the knife separators to accept 2 clays at once giving you a pair!

Being a true Bowman design we have unsured that you can convert your battue trap back to throwing standard clays with minimal fuss! It couldn’t be simpler to achieve by removing the lower rubbers and adjusting the knives.

The Battue trap pairs well with the Bowman quad and extending axle barrows to get best use of its tilt function. 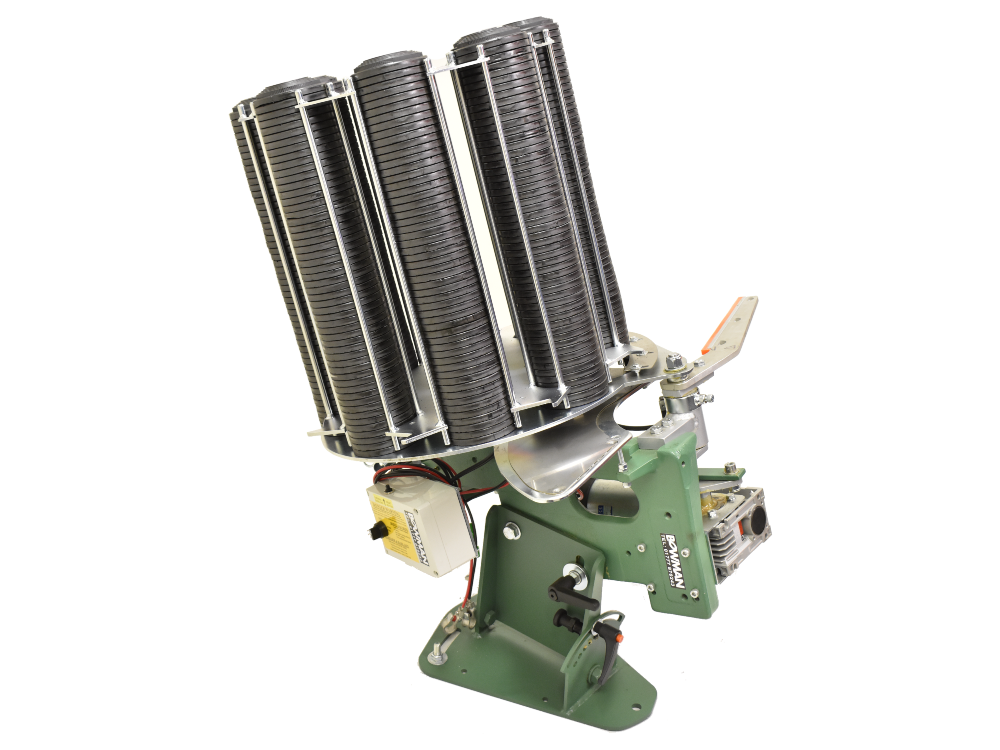